Happy Friday! Since I finished my song already and Joie finished the illo, we’re ahead of the game. Throw-in the iced coffee I just drank and BAM! Early blog post!

I wrote a bunch of beauty reviews about eye shadow this week. I don’t quite get paying a ton of money for eye color, but oh well. I also wrote a blog about skincare for dudes. Here it is!

I’m ready to make some changes this week. I’ve started taking steps to run away from this desk and never look back. Maybe I’ll be a makeup artist. I do enjoy using my face as a canvas, so painting on other people could be fun. I can also practice on Mr. Prentice first! It would also offer a more Prentice-friendly and Writer-friendly lifestyle. 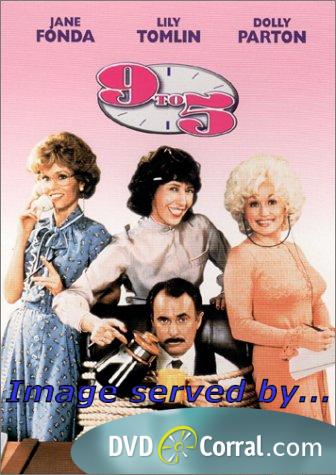 I thought it was Skinny & Sweet! I swear!

A coworker of mine had a dream about me last weekend.I was a mass murderer, and I asked him to be my POC. As I laced people’s coffee with poison dispensed from my watering can for office plants, I told him that the world was evil, and it was our duty to weed-out the bad people. Completely convinced, he assisted me, and we got away with it because the poison was undetectable and slow working, and people were not dropping dead immediately after their morning coffee. This is the same coworker who said he recognizes my walk, not because of my squeaky shoes, but rather because of my gait. This guy is pretty dang cool, and that dream reminded me of my life mashed-up with the movie Nine to Five.

On to the fridge song. I actually chose the song last week and finished it yesterday. It is a parody of my very favorite song:

I don’t care what anybody says. It’s Raining Men is the best song ever written. I have a mental disability that when I hear It’s Raining Men, I have to sing it, especially if it’s karaoke. This is involuntary, and I embrace this chronic disease of mine. Seriously, I could be dead, and if you cranked It’s Raining Men on a karaoke machine by my grave, Zombie Prentice would rise-up and sing along.

Very bad picture by Prentice Osborne....definitely not by Joie Brown!

Without further ado, here it is, accompanied with a marvelous illustration by the amazing Joie Brown:

The resemblance is uncanny. Joie even depicted my fab collar bones, slighty messy office bed head, my love of peep toe pumps and my flat space between my boobies. A++

Hi – hi! It’s your receptionist. Uh-huh!
And have I got news for you! You better listen!
Get ready, all you office peeps,
and take all your leftovers home! All right!

Friday is ending. Oooh! Ending!
It’s just about time to go. To go! Uh Oh!
According to my sources, What sources, now?
the fridge’s the place to go! You better hurry-up!

Bless the receptionist!
She loves herself some fondue!
She took from the break room,
and she did what she had to do.

Tossed-out your old lunches!
She gotta dumpster dive,
so your fridge is freakin’ spotless,
by four forty five!

Fantastic Voiceover? How About PRENTASTIC VOICEOVER?!?! I'm Prentice Osborne, a full-time, freelance voiceover talent out of Atlanta. My specialty is Millennial, teen and everything in between, and I work in multiple genres of VO, from e-learning to games to cartoons to radio and TV ads. I love the entire VO process, from pen to paper, mouth to mic, cursor to waveform. It's totally Prentabulous! Need some voice work? Bring it on, World! Freelance Prentice is here to blow your mind with laughs, creative magic, mad skills, and a little bit of razzle dazzle!
View all posts by purrrentice →
This entry was posted in 9 to 5, blogging, chores, executives, hip hop, Illustrator, It's Raining Men, Makeup Reviews, murder mystery, office, parody, receptionist, refrigerator, shenanigans, Uncategorized, watercolor, Weather Girls, writing, Zombies. Bookmark the permalink.