Before I discuss the madness that is the mini breakroom, I forgot to insert this hilarious image into my Captain Planet post! I thought it pertained to the whole save the planet/ clean the fridge crossover: 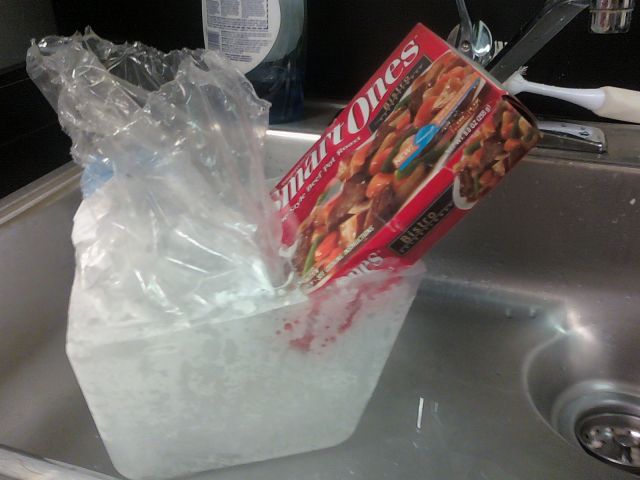 This is the break room version of global warming: Step 1 - put your frozen dinner in an abandoned bag of ice in the bottom of the freezer for safekeeping. Step 2 - Frezzer malfunctions during power flash. Step 3 - Frezzer freezes again Step 4 - Frozen Caveman in the office ice caps

Strangely enough, the smaller break room at our office has always been a bigger problem than the big one. Let us not forget the epic dish mountains!  I have also mentioned the questionable mini fridge before. Ever since I started working here, the delegation of “Who is going to clean the mini fridge” has bounced between me and a couple girls in marketing. They would get lazy, and ask me to clean it. Then they would get tired of their food getting thrown away and ask to do it themselves, and this loops in variations over and over again. Well, guess what? Since the two people that fight for fridge custody are no longer working here, my services have been called upon again, after nobody has touched the fridge in probably months: 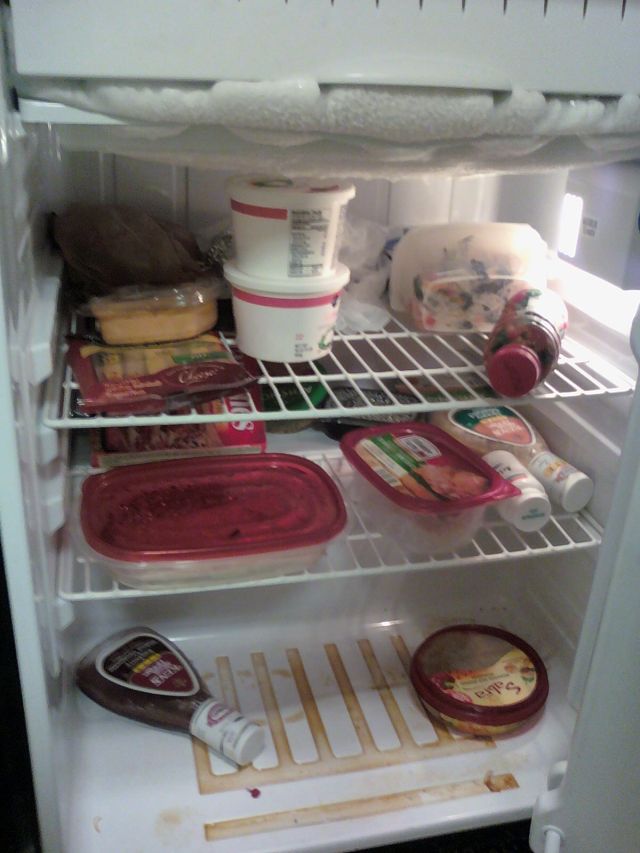 It’s actually not as bad as I expected…

Fantastic Voiceover? How About PRENTASTIC VOICEOVER?!?! I'm Prentice Osborne, a full-time, freelance voiceover talent out of Atlanta. My specialty is Millennial, teen and everything in between, and I work in multiple genres of VO, from e-learning to games to cartoons to radio and TV ads. I love the entire VO process, from pen to paper, mouth to mic, cursor to waveform. It's totally Prentabulous! Need some voice work? Bring it on, World! Freelance Prentice is here to blow your mind with laughs, creative magic, mad skills, and a little bit of razzle dazzle!
View all posts by purrrentice →
This entry was posted in blogging, Captain Planet, Cheese, chores, epic fail, Free Food, Frozen Caveman, office, receptionist, refrigerator, shenanigans, yogurt. Bookmark the permalink.