Origins of the Fridge Song: My Lifetime Love Affair with Song Parodies

Back in October I gave a brief history of the fridge poem, the Big Bang of of my office fame and this blog. Today, we’re going to take an in-depth look at the origins my fridge-related song parodies.

I have loved song parodies since I was a child, when my dad and I secretly wrote an inappropriate arrangement of The Twelve Days of Christmas. I don’t remember all the lyrics, but I wrote them down and hid them in the basement. Someday I’ll find it amongst the clutter and have a great ROFL. Not long after that I wrote my first original song. Strangely enough, it was also Christmas themed. It was a holiday hymn. It happened when I was pestering my dad one day with the typical, annoying complaint of  a child, “I’m booorrred.” My dad replied “Go write a song then.” Well, he was kidding, but when I came back an hour later with a complete piece, I’m pretty sure he crapped his pants. Apparently, deadlines were never a problem for me.

The next parody I remember writing after that was of the Backstreet Boys song I Want it That Way. I was called You are a Bad Lay. I was in middle school, so of course it was sex-themed. Prepubescent kids are always too interested in their newfound knowledge about the birds and the bees. My dad may have helped with that one, too. I wondered why he wasn’t concerned about this until I read this now as an adult. I clearly knew nothing about sex, except what I was previously told, so he probably found this an amusing relief.

You are a Bad Lay

To the Backstreet Boys’ I Want it That Way

You have no fire,
and I don’t desire,
you in any way,
cuz you are a baaaad lay!

This is an example of good Sailor Moon cosplay (Actually we are Eternal Sailor Moon and Venus). Note that we at least somewhat resemble the characters and made fashion choices that flattered our bodies. I am not wearing a string bikini or flaunting any icky bits that nobody wants to see with see through fabric.

I know I wrote other silly parodies plenty in high school, but these next ones had to do with making fun of bad cosplay. It’s kinda mean, but I still don’t understand why certain people wear certain costumes and do this to themselves. Joie and I were great cosplayers, and part of making a great costume is knowing what you should and shouldn’t wear. Fat chicks are bold though. I have to give them kudos for that…even if I relish laughing at bad Sailor Moon Costumes:

Eating tacos by moonlight
eating pizza by daylight,
never running from a food fight,
she is the one named Chubby Moon!

She would never turn her back on her plate,
she wears a mini skirt even though she’s overweight,
her only chance for love is on a blind date,
she is the one named Chubby Moon!

She is the one! Chubby Moon!

The first work-related song parody either came from AMC Theatres or Henry’s Louisiana Grill. I constantly kept two or more jobs during college, so there is heavy debate on this. Both are important nuggets of useless history, so I’ll just start with AMC, since I started working there first. I wanted to write a parody for each basic position at the theatre, and my first was for concession: 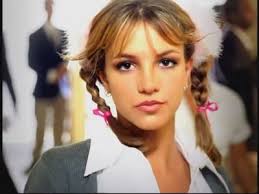 How was I supposed to know,
that popcorn wasn’t right? Yeah!
The popcorn popper,
was broken! I didn’t know,
And now that stuff is burnin’.

Yummy is how popcorn’s supposed to be.
AMC (uh),
is it time to go…now? Woah! Because,

Concession shifts are killing me (And I),
I must confess, it’s time to leave (Time to leave),
Eight hour confession shift! I lose my mind!
Is it closing tiiiiime? No!
Pop that popcorn one more time!

At Henry’s Louisiana Grill, I started off as the head hostess and eventually cross-trained to wait tables. I loved my bussers, and I was always really nice to them. I told one he was so great that he was like the Batman of dirty tables, and I sang the old, Adam West Batman song for him: 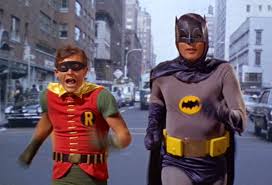 Quick, Robin! Get me my dirty dish repellent!

The bus man shocked me one day because he was so fast I didn’t see him clear my table. When I asked for his trick, he said he could travel along the walls and ceilings. I then stated that Batman was the wrong hero for him then. He was clearly Spider Man:

There was also a hostess who would take bus boys shifts, and she wanted a song, too. I obliged:

To the Song Barbie Girl

I’m a busser girl,
in a busser girl.
I’ll pick-up your plate,
because I am so great.
I will run your food,
and clean-up oh so good.
Restraurant nation!
Bussing’s your creation!

I wrote others, too, for both jobs, but I’m too lazy to type them all. Finally, I started this receptionist job after AMC pissed me off for the last time. The fridge poems started in November 2009, and I first incorporated song parodies in December of 2009 for Christmas, when I wrote Prentice The Rad Receptionist and New Year’s Eve:

Should old leftovers be forgot,
And wasted? Left Behind?
No Meals nor snacks should be forgot,
For auld lang syne!

My first pop reference came about on January 22, 2010, when I decided to let Beyonce clean the fridge:

It’s ‘bout time to go. It seems long ago,
Since you stashed your onion rings.
Your chips and dip, and now you wanna trip,
Cuz I’m gonna chunk your Lean Cuisine.

I need no permission, Cuz I mentioned,
This via e-mail. Pay attention!
You’ve had your turn. Now you’re gonna learn.
What happens Friday after I clean.

And thus the epic combination of song, fridges and a receptionist on the verge emerged!!

Fantastic Voiceover? How About PRENTASTIC VOICEOVER?!?! I'm Prentice Osborne, a full-time, freelance voiceover talent out of Atlanta. My specialty is Millennial, teen and everything in between, and I work in multiple genres of VO, from e-learning to games to cartoons to radio and TV ads. I love the entire VO process, from pen to paper, mouth to mic, cursor to waveform. It's totally Prentabulous! Need some voice work? Bring it on, World! Freelance Prentice is here to blow your mind with laughs, creative magic, mad skills, and a little bit of razzle dazzle!
View all posts by purrrentice →
This entry was posted in Big Bang, Christmas, Cosplay, office, parody, Sailor Moon, shenanigans, song writing, writing and tagged beyonce, rudolph, Single Ladies. Bookmark the permalink.

3 Responses to Origins of the Fridge Song: My Lifetime Love Affair with Song Parodies