Flows so sick, makes you wanna put yo food-up!

In case you didn’t understand my title, it is a play on one of the lines from my favorite Little Wayne song “Phone Home.” Shame on you for not being as gangsta as me. For shame! 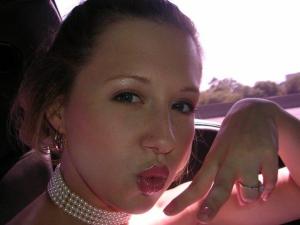 Today, an epic Dish War was going on here at the office. My personal struggle with my coworkers’ laziness has been going on for ages. There was a debacle with Mount Icky, a horrendous pile of dishes that marketing and product development left in the small break room over a couple months. I finally caved and cleaned it, but not without sending a threatening e-mail afterwards. While I was gone at the end of last week, there was a freak microwave incident, making the already disgusting mess reach the brink of insanity. Our HR manager and a brand manager cleaned-it and sent a memo to everybody, reminding them that I am not their maid and shouldn’t be expected to clean everybody’s messes. Thank God! I felt somewhat respected for a minute. It was nice.

This reminded me of Greg Tobias, the nicest executive I’ve met. He no longer works for this company, which is a real shame. He was always so sincere, kind and respectful to me, and there was a time that Mount Icky’s preceding generation magically disappeared. It was Greg who cleaned it, a Vice President! I was so grateful that I devoted that week’s fridge memo to him. It was a rap song, and I had Joie Brown illustrate it:

This rap is dedicated to my homie Greg T
cuz he did that stack of nasty dishes fo me!

Don’t be a hater
cuz I’m the dictator,
laying down the laws of the fridge.
Don’t hate the playa. Hate the game.
Then hang yo head in shame,
as I trash yo food and burn another bridge.

You’ll soon be doing time.
Forgettin’ is the crime.
Your sentence is lunch without parole.
When you go to get yo meal
you’ll be shoutin’ “What’s da deal?!”
You got busted by the  Fridge Patrol!

Imma beat your Tuna Casserole with my stick...until it bleeds.

I think Joie captured my essence perfectly as a cartoon cop with my trash can deputy. When Greg left, which I believe was not a positive experience for him, I wrote him a goodbye rap song:

To the song “Goodbye to my Homies” by Master P.

♪♫ How do I say goodbye to what we had?

The good times at [the office] outweighed the bad.

I thought we‘d be coworkers forever,

But forever’s gone away!

It’s so hard to say goodbye to Greg T! ♫♪

Y’all need to smile for our Greg Tobias, Yo!

My homie Greg T’s gone, leavin’ us bawlin’ and all.

Now we’re left with nothing but memories,

And awesome products on the wall.

I wrote this rap song, Greg T, just to show you that we real.

But I still can’t believe that you’re goin’, Dude. Don’t know how we will

Get on without you, but me and my boyz will try to behave.

And yo gangsta pranksa ways!

Now we’re going through a thing, Mr. Greg T! What should we do?

We could never Imagine [the office] without a homie like you!

♪♫ It’s so hard to say goodbye to my homies!

Fantastic Voiceover? How About PRENTASTIC VOICEOVER?!?! I'm Prentice Osborne, a full-time, freelance voiceover talent out of Atlanta. My specialty is Millennial, teen and everything in between, and I work in multiple genres of VO, from e-learning to games to cartoons to radio and TV ads. I love the entire VO process, from pen to paper, mouth to mic, cursor to waveform. It's totally Prentabulous! Need some voice work? Bring it on, World! Freelance Prentice is here to blow your mind with laughs, creative magic, mad skills, and a little bit of razzle dazzle!
View all posts by purrrentice →
This entry was posted in blogging, chores, gangsta, hip hop, managers, office, rap, receptionist, shenanigans, writing. Bookmark the permalink.

4 Responses to Flows so sick, makes you wanna put yo food-up!