Getting the Spark Back in My Marriage…With Puzzle Quest

And no. I don’t mean I improved my marriage with Nicholas by way of Puzzle Quest. Our relationship is fine as wine and dandy as candy. I am saying that Puzzle Quest and I have rekindled that gaming flame. Nick is in no way involved, except for waking me-up, prying the controller out of my sleepy hands, and sending me to bed when I pass-out while playing. 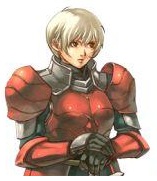 Adorable and deadly…yup. That’s me!

Puzzle Quest is basically a love child of Bejeweled and an old-school RPG. It has traditional story elements that resemble Dungeons and Dragons more than your modern RPG video game. No Tidus or cheesy plot or party here. Hell no. Instead, you pick a profession and save the the world pretty much highhandedly.  My character is a knight named Printess, and she’s a bad ass.

Because this game is more focused on battle than plot, I get a little detached from the story. Normally, I would think this is a bad thing, but not with Puzzle Quest. I actually love this about the game. With many RPGs, if you get busy and don’t play for a while, it can be impossible to jump-back-in from where you left off. You’ll be like “Shit. I have no idea what’s going on! What’s going on!?!?!”

Puzzle Quest keeps it real and keeps it simple. I am on a journey to save my people, and low and behold, I have to help lots of other lazy or helpless jerks to get to that end boss, who no surprise here, wants to take over the whole world (not just my peeps). After months of not playing, I can start slaying orcs and zombies and griffons and not miss a beat. When I get back into Puzzle Quest, I go all the way, playing for hours at a time, zoned-out and completely unaware of time and space, and when I stop I  see the gems and skulls on the board when I close my eyes for the next few hours. It’s awesome.

So, now I’m off to sit in that amazing, over-sized, pillow chair that my roommate brought into my house, and I’m going to play Puzzle Quest until I either win or fall asleep, whichever comes first! I lie. I’m actually playing D&D with my crew tonight, but tomorrow night it is on!

Fantastic Voiceover? How About PRENTASTIC VOICEOVER?!?! I'm Prentice Osborne, a full-time, freelance voiceover talent out of Atlanta. My specialty is Millennial, teen and everything in between, and I work in multiple genres of VO, from e-learning to games to cartoons to radio and TV ads. I love the entire VO process, from pen to paper, mouth to mic, cursor to waveform. It's totally Prentabulous! Need some voice work? Bring it on, World! Freelance Prentice is here to blow your mind with laughs, creative magic, mad skills, and a little bit of razzle dazzle!
View all posts by purrrentice →
This entry was posted in Gaming, Uncategorized, Wizard, Zombies and tagged Bejeweled, He Man, Knight, Marriage, Puzzle Quest, RPG, Tidus, Tinal Fantasy, What's Going On. Bookmark the permalink.