So, I Finally Saw The Hunger Games… 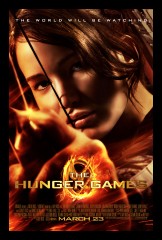 To some, this post may be offensive in many ways. For starters, I’ve waited until now to finally see The Hunger Games. No, I did not feel a need to spend money on the film, especially not for first-run rates at an overcrowded midnight show. Why, you may ask? Well, I wasn’t exactly smitten with the books. Gasp! Egad!

The Hunger Games series gets a solid “Meh” rating from me. I mean, I was interested enough in the characters and plot to read all the way through. Unlike the Twilight series, I didn’t even have to listen to the audio book in traffic and during my lonely lunch breaks, because the writing didn’t suck. I had to know what happened, and seeking cliff notes or spoilers on the internet would not suffice. This same, weak-spirited intrigue was why I wanted to see the movie. It is also why I waited until it hit the $1.75 theatre. My roommate could get me in for free. Woot.

This may be the first time I’ve ever said this, but the movie was better than the book. There. I said it, and I have no regrets. 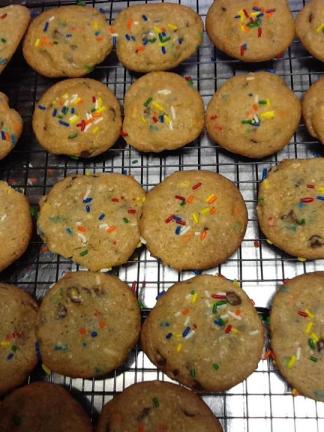 And if she had any sense, she would make rainboom cookies!

You see, by translating the novel into a movie, it solved my biggest irritation with the books: The Perspective. Choosing first-person and present tense made Hunger Games, Catching Fire and Mockingjay miss great opportunities to make an emotional impact.  I understand that using this writing style adds a sense of immediacy and a faster pace, but that only somewhat hits the mark…and only in The Hunger Games. Really, Katniss? You’re a tribute in the fucking Hunger Games, being hunted down and shot at and burned and filmed and God only knows what, and the best you can think to do is tell me exactly what you’re doing as you do it? Hell, she could have won the games, destroyed the capitol before the Quarter Quell, saved her sister, and baked twelve dozen chocolate chip cookies in half the time if she had just shut-up and focused. Then she could have told me about the epic tale after the fact…in past tense…

Anyways, this is why I like the film better. Because it would be impossible to directly translate the book to the big screen, the screenplay is forced to delve into different perspectives, characters and goings on. I didn’t shed a single tear while reading The Hunger Games series, but I teared-up a few times while in the theater.

I don’t really have any complaints about the film. For those of you who had issues with the appearances (especially race) of the characters, remember that the book gave sparing details about this. I mean, Katniss is wasting enough time talking to me in the book, so why would she spend more time admiring people she doesn’t give a shit about and/or has to kill or describe landscape to me with vivid language. Excruciating attention to detail would destroy what the writing style was supposed to do.

For those of you who complained about the shaky camera technique used to avoid showing gore and violence, get a grip and go watch Battle Royale. It’s a better film anyways. 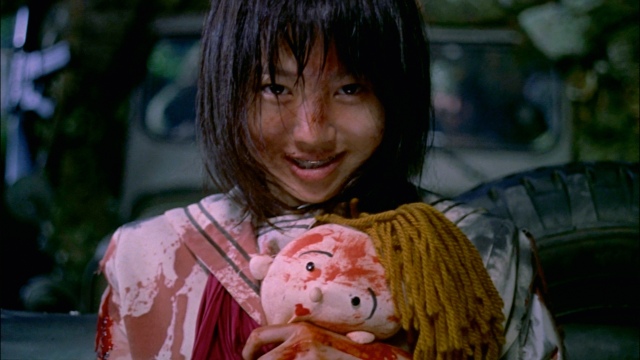 Really, watch Battle Royale. Hunger Games got nothing on this.

Fantastic Voiceover? How About PRENTASTIC VOICEOVER?!?! I'm Prentice Osborne, a full-time, freelance voiceover talent out of Atlanta. My specialty is Millennial, teen and everything in between, and I work in multiple genres of VO, from e-learning to games to cartoons to radio and TV ads. I love the entire VO process, from pen to paper, mouth to mic, cursor to waveform. It's totally Prentabulous! Need some voice work? Bring it on, World! Freelance Prentice is here to blow your mind with laughs, creative magic, mad skills, and a little bit of razzle dazzle!
View all posts by purrrentice →
This entry was posted in Uncategorized and tagged Battle Royale, Cookies, Hunger Games, Katniss, meh, Movie Review, Offensive, Rainboom, Twilight. Bookmark the permalink.